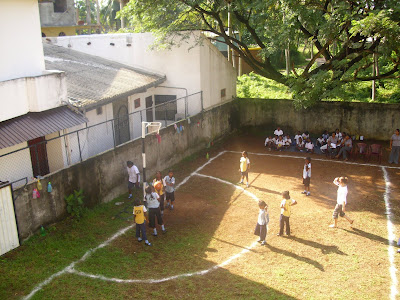 Netball Tournament
Paalam International School also held a Netball tournament for the girls aged 7 years plus. This ran hand in hand with the boys Cricket tournament. And it also aimed to encourage unity and team building amongst the girls by teaching them a new sport which that had never played before.
The qualifying games for Netball Tournament were held at New Living Flame Church Grounds on the 3rd of December, with many parents coming to support their children, and their children’s teams. The girls across the school were divided into 4 teams; Holy Stars, Debora, Rachel and Hannah, each team playing 3 matches in a hope to make it to the finals. The Finals were held alongside the finals for the Cricket Tournament on the 4th of December, at Nayakakanda Church Grounds.
Similarly to the Cricket, the Netball girls, were also able to compete to win individual awards such as ‘Player of the Match’ and ‘Player of the Tournament’ and the teams competed to win the final.
Posted by adrian2526 at 13:59