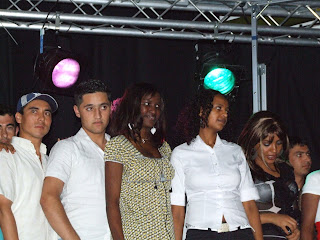 Some 28 years ago, a couple of Educational Drs one from Texas and one from Fleetwood in Lancashire asked if they could hire our building to put on a conference to explain to local church leaders about Christian Education.

We hired them the building and I got the job of unlocking, putting out the 100 or so chairs for those who came and making sure that as we had hired them our building it all was ok. So I stayed for a meeting that I otherwise would not have gone to.

I think that probably would have been the end of it except that many of our parents in the church in North London at the time where having problems with their children in secondary schools and came to me and said please don’t dismiss this, this may be an answer to our needs.

At that time though I had seen and heard about Christian schools in the USA, I was certain it wouldn’t work in the UK! I was surprised therefore to discover that one had started in Fleetwood Lancashire. Because of pressure from the parents in the church we arranged to visit the only English school and see for ourselves what it was all about. I didn’t want to be but I was impressed, mostly by the children. Two years later we opened our own Christian School in Finsbury Park, Islington. We have moved many times since then to various sites, but have never stopped. I think with good success, seen in the lives and success of former students both in careers and college success.

We currently have a few students who are 12, 13 and 14 years but look like completing the equivalent of high grade GCES. This is with the ICCE Board.

We have in the past had students who where years behind academically, then having study with us they were able to go on to university. One such student sent word via his mother to say “I am here because those people (our staff) they where the only people that ever believed in me.

One of our past student now married with children and mortgage says “I use the life skills I learnt in the Christian school every day of my life, how to set goals, how to finish things and how to break things down so that I accomplish good thing”; she is now a qualified lawyer.

Three years ago with European funding money we started a college for ESOL Asylum / refugees and currently have around 30+ studying with us.

This recent addition to our education programme is really important to me I like to see what we have been able to do for those most marginalised of people, asylum / refugee young people who really have nothing.

At our recent banquet The audience where surprised and pleased when one of the students stepped forward and in great English thanked the of eBase teachers and all other staff, for providing such a resource for them as students of English, in good English she explained that “she came to the college not understanding the language and was now standing here to deliver a speech on behalf of them all to say thank you for the possibilities that had been given them” This student has already been accepted at college for further training.

This was the first time the rest of the student where able to hear one of their number making a speech in English to say thank you. Its great knowing that 6 months ago she had no English knowledge, that I think is very rewarding.

These student come from most of the war torn areas of the world making our school banquet, (number climbing to around 100 this year) in the Wood Green Indian restaurant almost like United Nations with students from Afghanistan, Angola, Albania Congo, Ethiopia, Eritrea, Gabon, Guinea, Kosovo, Mauritania, Romania, Sierra Leon, Iraq, Iran, to name just a few.

At the Banquet Adrian Hawkes gave a speech explaining that we are all important people and one person can change History, and one person with a God element changes the negative to the positive and make us people who look self confident, although in reality its God confidence. And even if you have come to the country from a frightening situation and feel really at the bottom of the pile nevertheless you can make a difference, be somebody that make an effect on the world for Good.

Our banquet evening was rounded of for us all in with an exciting mini concert by Tekiva who not only presented the certificates to all the successful students but gave us great music too.

It is exciting to see people that others have written of becoming potential future leaders and history makers.
Posted by adrian2526 at 07:38